Bald Eagles Around the World-Wide-Web 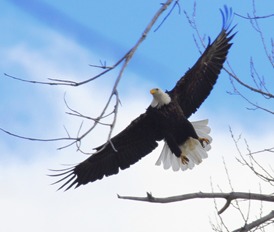 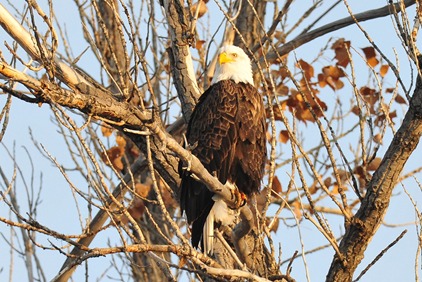 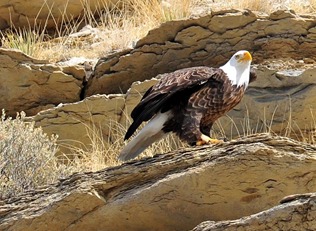 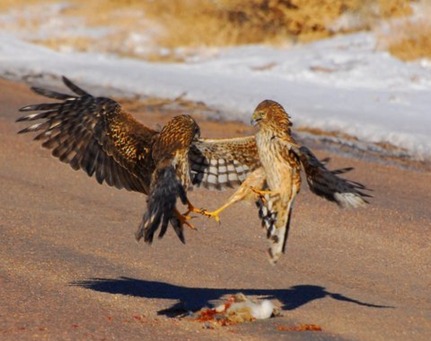 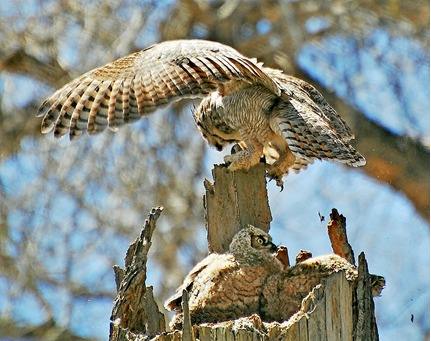 The bald eagle – so named because of its white head –

is found only in North America and is one of the

continent’s largest birds of prey. Here in the United

States, the bald eagle is recognized as the country’s

national symbol, a distinction it has held since 1782. Young bald eagles are dark brown in color when they fledge the nest at about 12 weeks of age. Their head and tail feathers turn predominantly white in the fourth or fifth year. Adult males weigh about eight to nine pounds. Females are slightly larger, about 10 to 14 pounds. The birds’ length is 31 to 37 inches with a wingspan of six to 7.5 feet.​​

Eagle Cam: Xcel Energy has a camera set up to monitor the activity of a bald eagle nest at their site in Saint Vrain, Colorado. View the Eagle Cam.​

Range: Historically, bald eagles lived throughout North America from Alaska to Newfoundland, and from Florida to California. During the early-mid 20th century, bald eagle populations declined in size due to pesticides (primarily DDT), human disturbance and loss of trees for nesting habitat. Consequently the bald eagle was placed on the Endangered Species List. With the ban of the pesticide DDT and protection of nesting habitat, bald eagle populations have significantly recovered. In Colorado, bald eagles are found throughout much of the state during both the summer and winter. They can often be seen near large reservoirs and along major rivers (South Platte, Arkansas, Rio Grande, Yampa, Colorado).

Habitat:Bald eagles are seldom seen far from water - large rivers, lakes and seacoasts. In Colorado they are often found near reservoirs and along major rivers (South Platte, Arkansas, Rio Grande, Yampa, Colorado) during both the summer and winter. During the breeding season bald eagles defend territories and most frequently can be found nesting in large cottonwood trees. In the winter bald eagles communally roost in large trees for warmth and protection.Diet:In addition to fish (self-caught or stolen from other birds), bald eagles eat sick and injured waterfowl, muskrats, squirrels, rabbits, prairie dogs and often eat carrion and road-killed animals.

Reproduction:Nests can be seven to eight feet across, usually in tall trees high above the ground. Bald eagles often choose dead limbs in tall trees, possibly because their view is not obstructed by foliage. Nests are often found near water. Female lays one to three eggs, which are dull white. The incubation period is about 35 days, with both the male and female keeping the eggs warm.

​​Endangered status: The bald eagle was listed on the U.S. Endangered Species List as “endangered” until 1995 when it was downlisted to “threatened” status. By 2007 populations had significantly recovered and nearly 10,000 bald eagles nested in the lower 48 states; the bald eagle was delisted from Endangered Species Act prote​​ction. The first bald eagle nests were discovered in Colorado in the mid-1970s. Populations have since consistently increased and, currently, nearly 120 nests are known in the state. Colorado also supports significant numbers of wintering bald eagles. Typically, at least 400-1,000 bald eagles can be found over-wintering throughout the state. The bald eagle was removed for the Colorado list of threatened and endangered species in 2009.